An instant success upon its release in China, Dragon Force has quickly become one of the top performing animated kids shows on both broadcast TV and streaming platforms.

Influenced by both sentai and super heroes, Dragon Force is a perfect blend of thrilling sci-fi action and comedy, with stories that also highlight universal values of friendship, self-reliance, sacrifice and true heroism. English/Chinese dubbings 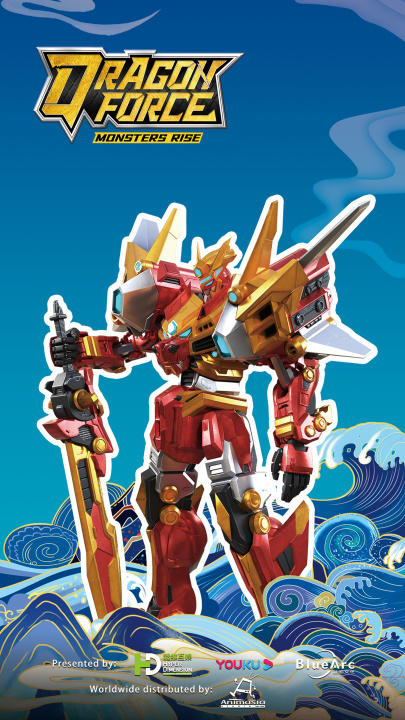 In a mysterious forest, a kind and lively fruit race living a leisurely life for generations.  Dr. Redbeard is trying to reach his devilish claws towards this paradise for his greed.

The 3 green hand students of fruit institute joined the secret squad – Fruits Commando, successfully stop the schemes of Dr. Redbeard again and again, and save the fruit race.  English/Chinese dubbings Hyper Dimension was established in 2019, a subsidiary of the Sublime Media, based in Guangzhou, China. Hyper Dimension is an innovative  company in IPs creation, production, distribution, L&M business of entertainment content for children and families. In its first year, it has released 2 animated programs,  both were topped charts in audience rating and click rate. “Telling stories to the world in oriental wisdom” is what Hyper Dimenstion is working for.